In 2022, Soldiers from the brigade will support the modernization of 1/34 ABCT platforms and systems and the fielding of new equipment in preparation for upcoming exercises and mobilizations. The brigade will also prioritize the reintegration of Task Force 1-194.

Following a complex training year that included culminating training events and preparation for a brigade-wide deployment to the Middle East in support of Operation Spartan Shield (OSS), leaders and Soldiers of the 1st Armored Brigade Combat Team, 34th Red Bull Infantry Division, rolled into 2021 with demonstrated professionalism and continued adaptability.

A late 2020 shift in operational and force structure needs in the U.S. Central Command (CENTCOM) area of operations meant a reduction in the number of 1/34 ABCT Soldiers activated for OSS in March 2021.

Task Force 1-194, led by the Brainerd-based 1st Combined Arms Battalion, 194th Armor Regiment, and commanded by Lt. Col. Jacob Helgestad, convened and mobilized 1,100 Minnesota Soldiers for the ten-month deployment, which included a stop at Fort Bliss, Texas, for additional training prior to heading overseas. The task force — made up of four companies from 1-194 AR (CAB), two companies from the 2nd Combined Arms Battalion, 136th Infantry, and two companies from the 134th Brigade Support Battalion — is flexible in its capabilities and adept at providing armor and mechanized infantry ground combat power, as well as logistical and health care sustainment support.

In August 2021, Task Force 1-194, serving as the CENTCOM Regional Response Force based out of Camp Buehring, Kuwait, helped secure Hamid Karzai International Airport in Kabul during the evacuation of U.S. citizens and allies, following the drawdown of U.S. forces in Afghanistan.

In January 2021, following a short-notice request for support of the 59th Presidential Inauguration, 130 Soldiers from the 1-94 CAV packed, trained and flew to Washington, D.C. in a matter of days.

In April 2021, the brigade activated Soldiers in support of Operation Safety Net. The 1-125 FA provided 24/7 property protection in over 60 Minneapolis locations. The 1-94 CAV, along with a few dozen Soldiers from 1-194 AR (CAB) and the Moorhead-based 2nd Combined Arms Battalion, 136th Infantry Regiment, supported operations with Brooklyn Park Police Department, following the police shooting of Daunte Wright. More than 200 Soldiers from the 134 BSB provided sustainment support, including supply, maintenance and security for Task Force Minneapolis, which operated out of the DoubleTree hotel complex in Bloomington.

In late April 2021, 700 Soldiers of the Mankato-based 2nd Battalion, 135th Infantry Regiment returned home from their deployment in support of Operation Enduring Freedom in the Horn of Africa (HOA), which began in the summer of 2020. The battalion served as part of a task force to improve security posture at U.S. installations and forward operating bases in the U.S. Africa Command region, while maintaining a rapidly deployable force prepared to respond to crisis. The group, which saw three Soldiers obtain their U.S. citizenship during the deployment, was successful in coordinating the installation and implementation of a variety of Counter-Unmanned Aerial Systems and multiple Base Expeditionary Targeting and Surveillance Systems-Combined across the HOA region. 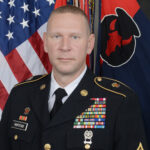