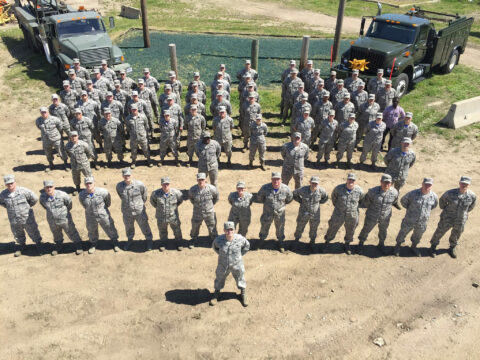 ST. PAUL, Minn. (Dec. 14, 2016) – There are many jobs in the Air Force that are vital to the mission but are not always visible. However, just because something isn’t visible doesn’t mean that it isn’t important. Take for instance the ability to communicate with one another. The fundamentally simple process of making a phone call or sending an email is much more involved than just dialing a phone or clicking a computer mouse.

Enter the job of the 210th Engineering Installation Squadron – the unsung hero of connectivity. Although they work on the network, the 210th Airmen are not to be confused with those in the communications career fields. Their mission is different. For 45-years strong, they have been the hardline of communication between buildings and the wire between the web.

“We do all of the backbone infrastructure for the installation of communication equipment,” said Lt. Col. Brian Winter, the unit’s 12th commander. What that means is anything that transmits over fiber optic or copper cabling – or anything that goes into the ground or inside of a building – it is the unit’s job to bring it to the back end of the equipment in a server room. Additionally, the 210th has the capability to install airfield equipment that controls the take-off and landing equipment that communicates with aircraft.

The mission of the 210th Engineering Installation Squadron is to train and deploy qualified personnel to engineer, install, and restore Command, Control, Communication, Computer, and Intelligence (C4I) systems in support of theater and tactical force commanders.

“When you join you really don’t know what to expect,” said Senior Airman Sarah Walz, a cable and antenna systems journeyman. “But if you’re willing to work hard and you’re willing to do some of the dirty work, it really pans out.”

Walz has been with the unit and the 133rd for just over two years and is the recent recipient of the Wing’s Unit Integrity Award for her work on tower-climbing and safety procedures.

“My favorite part of the job is the variety,” said Walz. “You can be inside, outside, on towers or in the ground [underground cable installation] – that’s what keeps it interesting. But seeing the impact my job has on the entire Air Force is what tops it off; you realize the impact of what communications has on the Air Force and how vital it is to everyone, it puts it all into perspective.”

Forty-five years ago the rotary-dial telephone, connected to a switchboard, was one of the hardware end-states that the 210th linked up to the networked system; an elemental lineage that is depicted in their unit crest still to this day. Current operations support a much more expansive means of hardline networking along with wireless transmission capabilities that connect Airmen and equipment across the globe to one another.

Operationally, the 210th EIS is a geographically-separated unit that falls under the command of the 251st Cyber Engineering Installation Group out of Ohio. For administrative control, they are under the Mission Support Group at the 133rd Airlift Wing in Minnesota.

“Although we operate under a different command, we are still very much a part of the fabric that makes up the 133rd and the Minnesota National Guard,” said Winter. “Our people are just amazing and their love of the mission and our base is really what I think distinguishes us from other units in the Guard, and I’m constantly amazed by what our folks do.”

One of the key aspects of the 210th’s mission is their mobility. A highly sought-after and deployable unit, they have engineered and installed infrastructure for the Department of Defense in more than 36 U.S. States, including Alaska and Hawaii, and have deployed to more than 26 foreign countries to set up or assist in the installation of landing systems and communications infrastructure.

In addition to their active role in the global mission, the 210th also takes a very active role in its involvement here in the communities of Minnesota, something that the unit’s 45-year history proudly reflects. From base activities, such as the Starbase program to assisting at local veteran’s homes, community service is something that the 210th has been a part of since the beginning.

The 210th is located on-base at the 133rd Airlift Wing – the same place they have called home since 1979. With communication requirements being ever more critical to the mission, the unit looks forward to continued excellence from the men and women that make up the squadron. 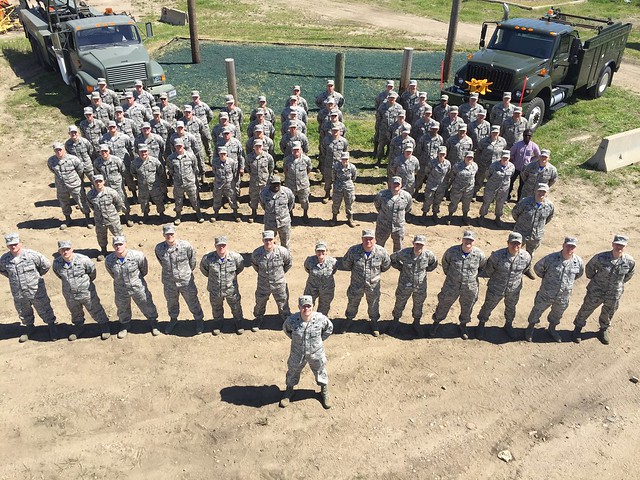