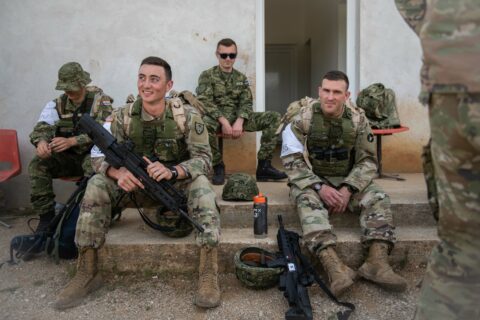 May 26, 2022 (SLUNJ, Croatia) – The morning of May 26, 2022, dawned hot and muggy – setting the tone for more than 70 competitors as they faced eight tests of skill and endurance during the Croatian Best Soldier Competition. For a decade, Croatia has hosted the prestigious competition and facilitated strong partnerships by bringing together all branches of the Croatian Armed Forces, the Croatian Police, and select international competitors from 13 different countries for one epic challenge.

“The main goal of the Best Soldier Competition is for competitors to develop traits such as perseverance, endurance, discipline, dedication, and motivation and apply them in the competition,” said Sgt. Maj. Tihomir Slanac, the executive noncommissioned officer for the Croatian Armed Forces’ Command Sgt. Maj.’s office. “The international character of the competition enables the participation of allied and partner countries to develop interoperability, joint action, friendship and partnership.”

Two Minnesota National Guard Soldiers represented the United States of America because of their state’s partnership with Croatia, established through the U.S. Department of Defense’s State Partnership Program 26 years ago. The Minnesota National Guard and Croatian Armed Forces have exchanged Soldiers for each of their noncommissioned officer competitions since 2021 and each region’s competition has its own unique challenges.

“The Croatian [Best Soldier Competition] was the most physically demanding competition of my life,” said Spc. Nathaniel Miska the Soldier competitor who serves as a carpentry and masonry specialist with the Minnesota National Guard’s 850th Engineer Company. “The Minnesota Best Warrior Competition was composed of many events over a series of days, whereas the Croatian [competition] was a series of events completed in one day. It was extremely rigorous due to high temperatures, distances of over 20 miles traveled, and being a nonstop event.”

The eight challenges that the competitors tackled within the mountains of central Croatia included land navigation, a CBRN reaction event, weapons qualification on the Croatian VHS-2 assault rifle and HS-XDM pistol, a medical evacuation scenario, grenade throwing, repelling from a cliff face wall, and a water crossing obstacle, all accompanied by long stretches of rucking between each event.

Sgt. Richard Carlson, the NCO competitor and a Health Care Specialist with the Minnesota National Guard’s Headquarters and Headquarters Troop, 1st Battalion, 94th Cavalry Regiment, said this was one of the toughest endurance challenges he’s faced yet. And as an American Greco-Roman wrestling athlete with the Minnesota Storm, qualifying for the Pan-American Championships in 2022 with sights on the 2024 Olympics, Carlson knows a thing or two about pushing his limits. Yet he learned valuable lessons from the Croatian partners.

“Before the ruck, some of the staff and veteran competitors were discussing how difficult the competition would be,” said Carlson. “[They said to us] don’t quit and keep thinking about the end goal when you are struggling. It became a real battle, and I was worried about finishing but I just told myself to get to the next checkpoint and go from there. My unit’s motto is ‘Blood Over Surrender.’ I thought it was pretty fitting for what I was going through, and I used that to keep pushing myself.”

The finish line for the Croatian competition is marked by flags from every participating nation and a large bell. The grueling competition ends for each individual when they salute their flag and ring the bell.

“This seemingly small act [of ringing the bell] holds a symbolism in their country that comes with a high level of respect and pride,” said Miska. “The feeling I had when the bell was ringing in my ear is unlike anything I have experienced before.” 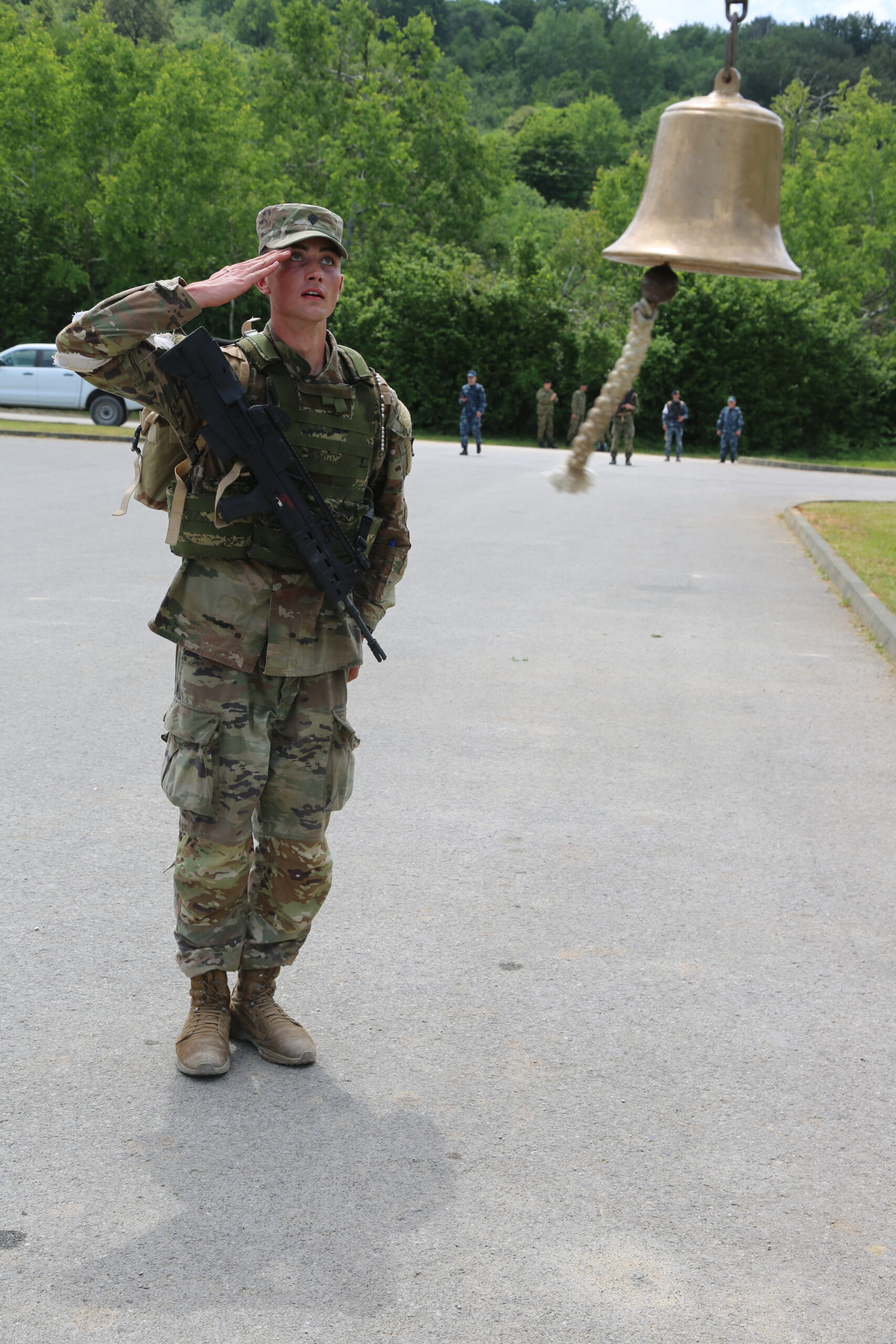 “Spc. Miska and Sgt. Carlson are a perfect representation of the finest Soldiers and noncommissioned officers the Minnesota National Guard has to offer,” said Command Sgt. Maj. Brian Soper, command senior enlisted leader for the Minnesota National Guard. “They truly demonstrate what can happen when we invest in people as our greatest strength, placing their needs and talents at the forefront makes it possible for us to succeed in every mission.”

One of the core missions of the State Partnership Program is to foster mutually beneficial relationships by building trust and understanding of partner nation tactics and capabilities through familiarization events and personnel exchanges. As part of the program, the Minnesota National Guard has collaborated with the Croatian Armed Forces to provide support with common shared issues such as homeland defense, disaster response, humanitarian assistance, peacekeeping operations, and, most recently, cyber security.

“Exchanging Soldiers is always valuable because it is the best way to get to know each other even better and to share our experiences,” said Slanac. “I think that even after 26 years of partnership we can still learn a lot from each other. This exchange is valuable on multiple levels and should definitely continue.”

“It dawned on me a couple times what a big deal it was to be wearing this [U.S.] uniform at the competition,” reflected Carlson. “It’s been an honor to be a part of a NATO allies’ event and contribute to the partnership we have.”