Citizen-Soldiers and Airmen capable of fighting our nation's wars, protecting our country, and responding to our state's emergencies, while remaining the most-trusted institution in Minnesota.

People - People are our greatest strength and the most valuable resource required to perform our mission. We invest in the Soldiers and Airmen who serve in the Minnesota National Guard and treat them with dignity and respect. We recruit a diverse and inclusive workforce representative of the state of Minnesota and retain them by ensuring they feel valued and have a sense of pride serving in the Minnesota National Guard.

Modernization - The National Defense Strategy relies on modernization of the force and the Minnesota National Guard must stay in step with the Army and Air Force as they modernize to maintain relevance as an operational force.

Partners - We value our partnerships with other agencies and organizations across the state, the nation and the world. We serve in the community, and want to be representative of all communities, cultures and ethnicities in the state. 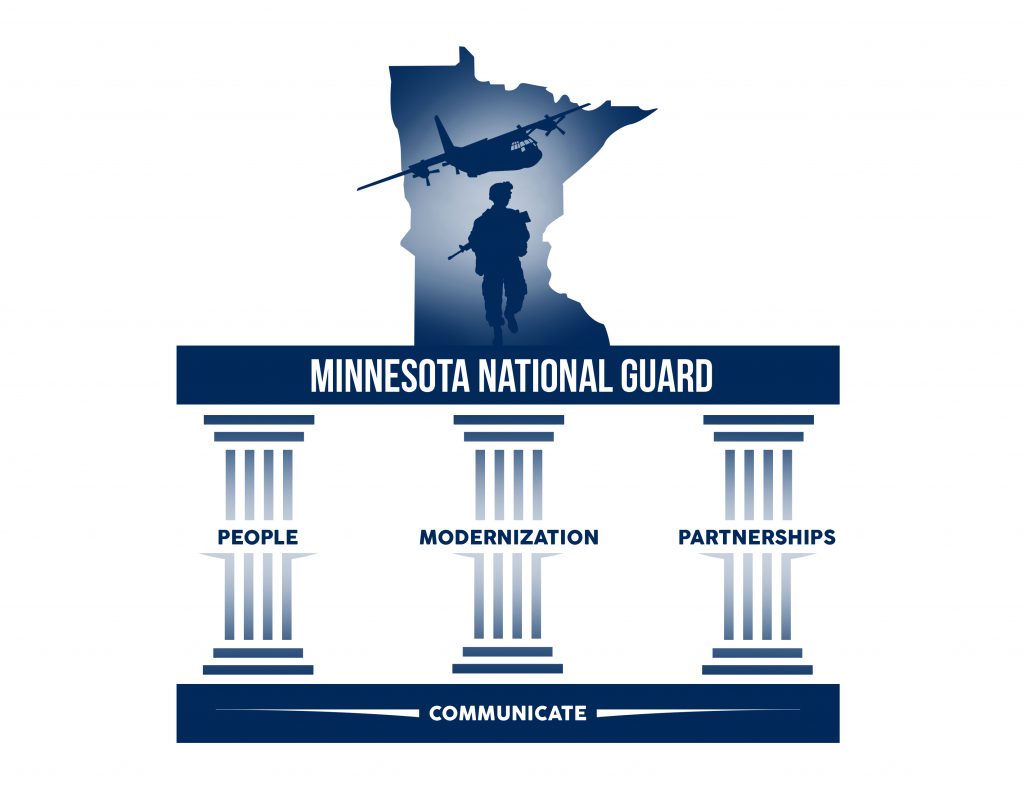 The Minnesota National Guard will mark a significant milestone in its partnership with Croatia in 2021, celebrating 25 years under the National Guard's State Partnership Program.

The National Guard established the State Partnership Program in 1993 to assist several countries in Central Europe during their transition to democracy in the Post-Soviet era. The end of the Cold War marked a decrease in U.S. military's presence in Europe in the 1990s, but provided an opportunity for strategic partnerships with those former Soviet States. The National Guard was a good fit for the mission at the time as it was viewed as less aggressive than sending regular army units.

Minnesota's partnership with Croatia started in 1996 when Croatia was still considered a combat zone for soldiers who travelled there. The relationship began with familiarization events which have over the years developed into hands-on training and military exchanges involving the sharing of tactics, engineer support to rebuild infrastructure in Croatian villages and combined multinational training exercises like GuardEx and Immediate Response.

The National Guard State Partnership program focuses on fostering mutually-beneficial relationships by building trust and understanding of partner nation tactics and capabilities. Those relationships benefitted Minnesota National Guardsmen who deployed to Bosnia in 2003 and Kosovo in 2003 and 2007. Many of the Soldiers who deployed had worked with the Croatians in the past and had an understanding of the culture and traditions of the region.

Those relationships were also solidified in 2008 when the Minnesota National Guard partnered with Croatia to send the first of five Operational Mentoring Liaison Teams to Afghanistan in support of Operation Enduring Freedom. The teams provided support to the Afghan National Army to increase the capabilities of the Afghan Security Forces. In the span of 12 years, Minnesota and Croatia service members went from training partners to allies in combat.

In 2009 Croatia became a full member in the North Atlantic Treaty Organization, a recognition of the transformation that occurred in modernizing their military and moving toward a NATO model. In 2013 Croatia was also accessed into the European Union.

The Minnesota National Guard's relationship with Croatia remains important as the United States continues to demonstrate its commitment to security, peace and stability in Europe and to deter further aggression from Russia. 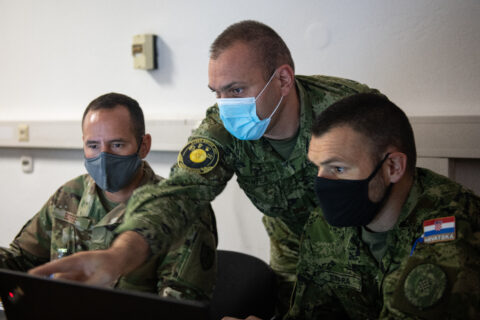 Two veterans of World War II, Major General Herluf Nygaard and Major General Francis Greenlief started the Norwegian/United States troop exchange with a hand shake. In 1974, Norway sent troops to Minnesota and the Minnesota National Guard sent soldiers to Norway as part of the first exchange. It has sine become the longest-running troop exchange in America. Each year, approximately 100 soldiers and airmen from Minnesota and a like number of Norwegian Home Guard soldiers and youth participate in the exchange.