September 9, 2019 (ST. PAUL, Minnesota) – Growing up in the Netherlands as a child in a military family, the Dutch schools Maj. Gen. Johanna Clyborne attended determined at a young age that she wasn’t suited for higher education. Decades later as a successful lawyer, mother and accomplished military leader, Clyborne proves that with hard work, dedication and the support of family and mentors, your life can be whatever you make it to be.

“Never live life in the mold that others put you in,” said Clyborne. “Make your own and then break it.” 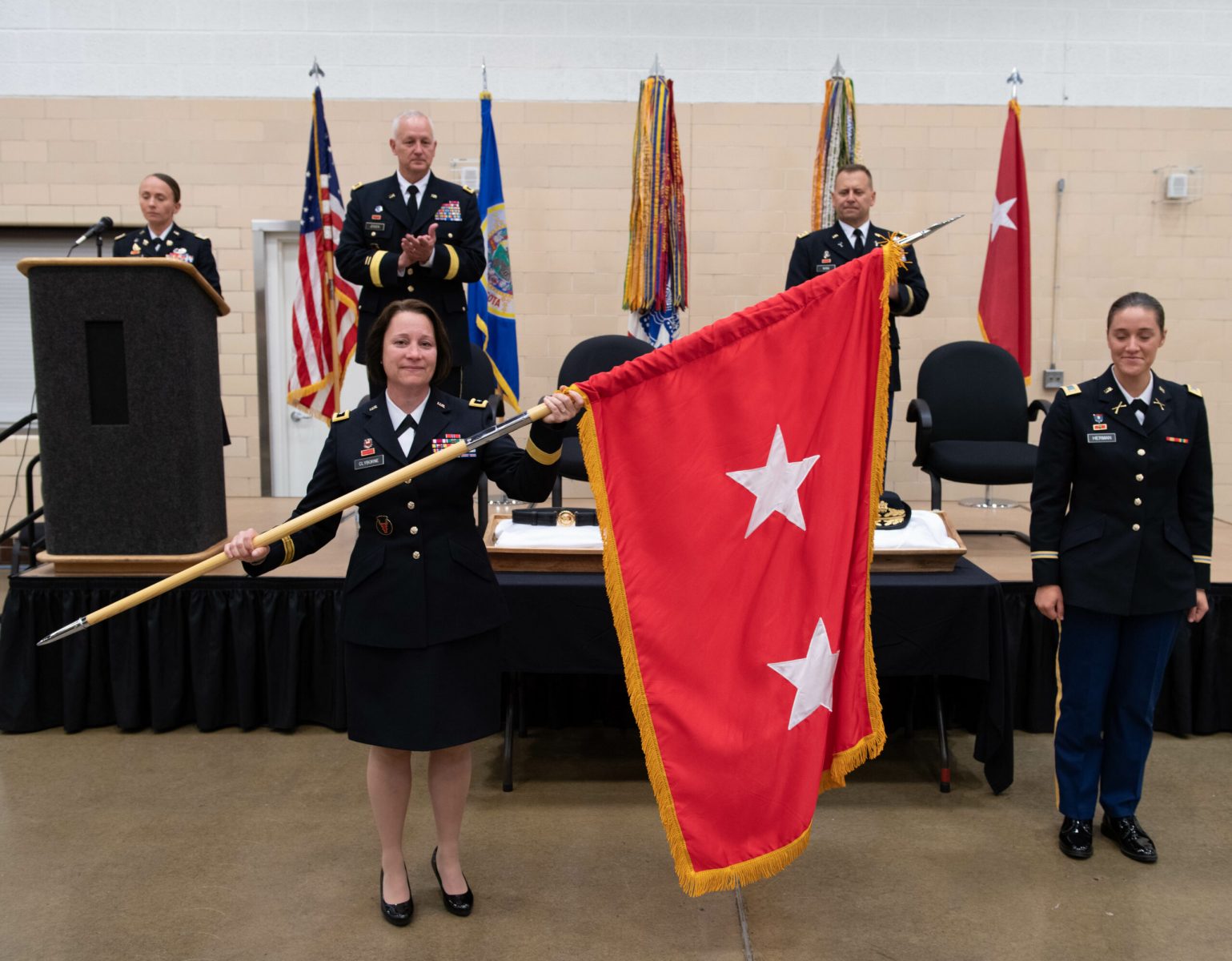 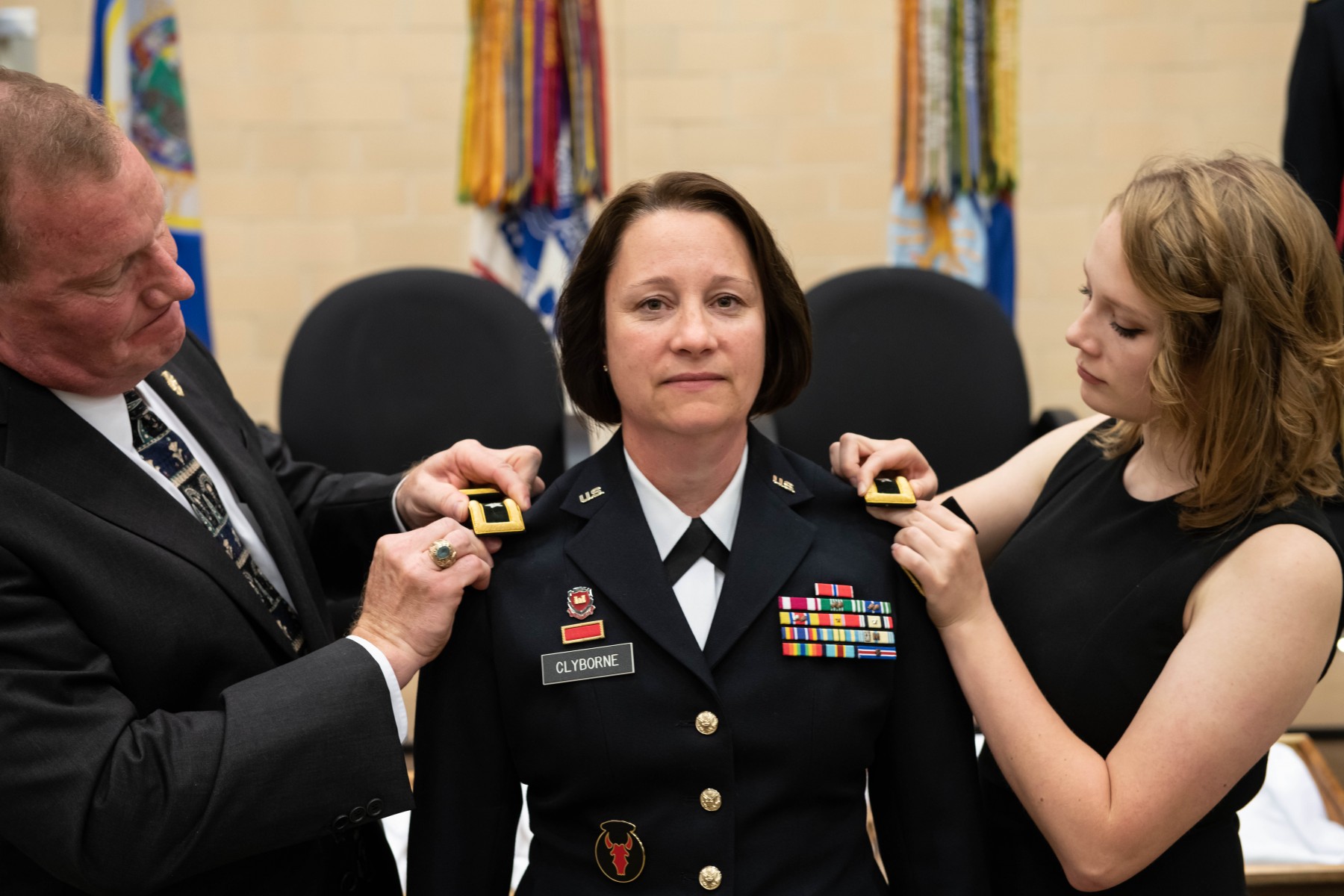 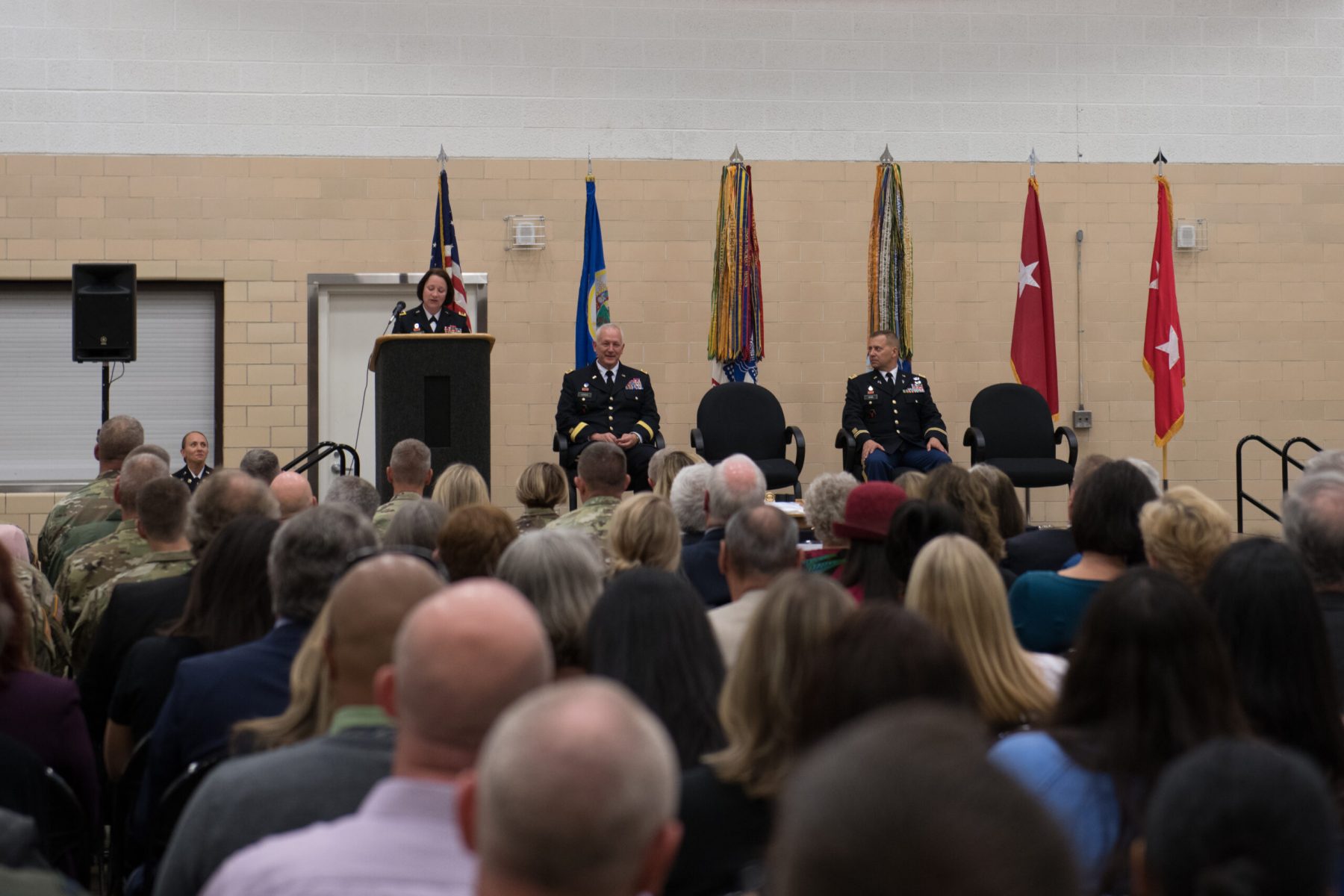 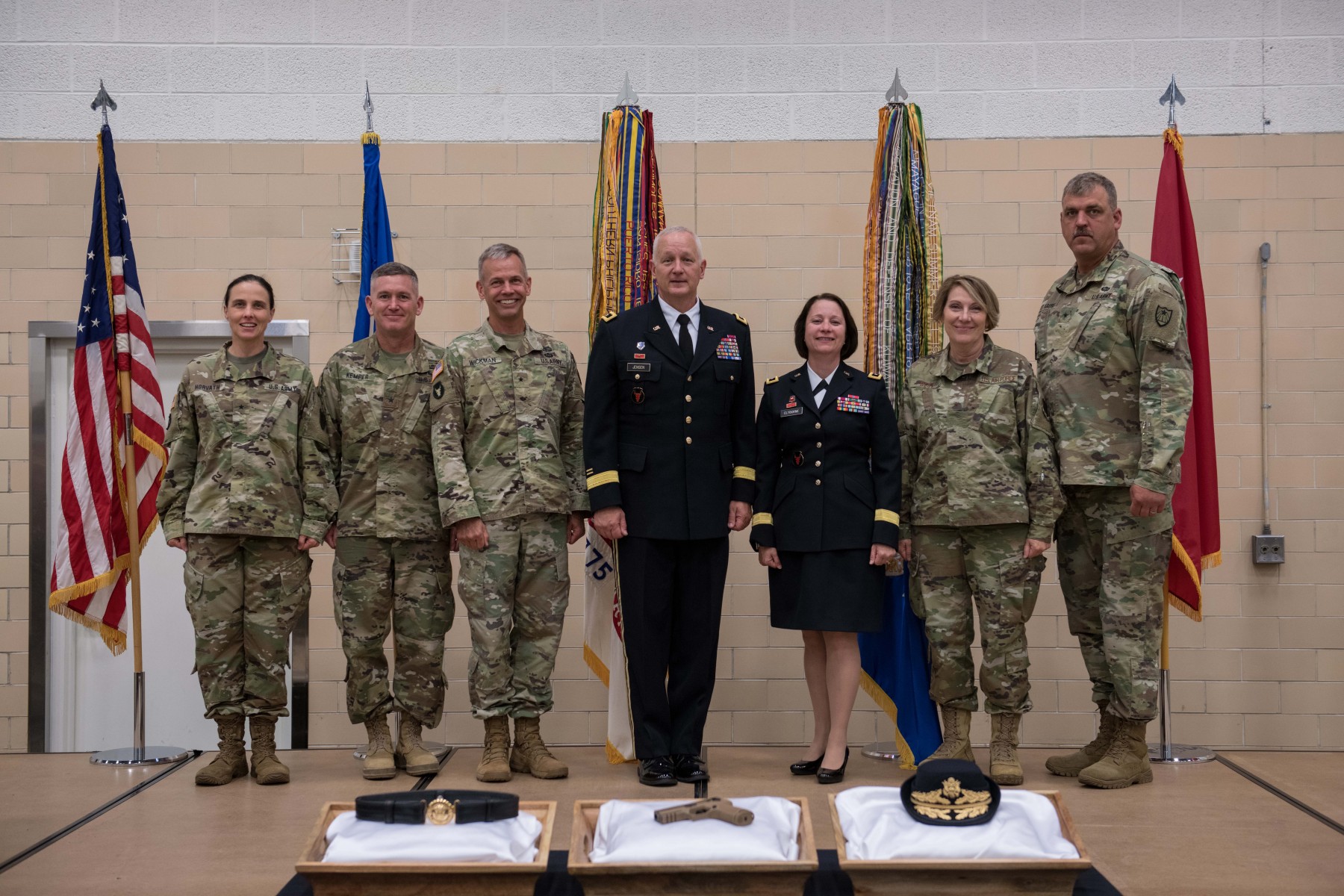 Clyborne was promoted to the rank of major general during a promotion ceremony Saturday, September 7, in St. Paul. She is the first female in the Minnesota National Guard to achieve the rank of two-star general.

“This event – this moment in history – it belongs to all of us,” said Clyborne. “It belongs to those women who came before me, whose shoulders I stand on and whose efforts and advocacy helped clear the way for me.”

Clyborne, who currently serves as the Deputy Adjutant General of the Minnesota National Guard, is a partner at the Shakopee-based law firm Brekke, Clyborne & Ribich LLC. She formerly served as the Chief Information Officer for the State of Minnesota.

“None of us arrive here alone,” said Jensen. “And no one arrives to this level without being able to carry a heavy load while balancing all of the other requirements that a traditional guardsman must balance – family, civilian career, military career and yourself.

“As we move forward to future challenges, I want you to know that I’m very grateful to have you on my team of trusted senior leaders.

As Clyborne enters this next phase in her military journey, her focus is on ensuring better opportunities for those who come behind her. She noted that, “things don’t get better with time, but things do get better with change.”

“This is a great moment,” said Clyborne. “But to be clear, while it is a phenomenal accomplishment in the life of Jo Clyborne, it is not enough. This is great, but it cannot be the end. My job – our job – is to ensure others can follow me, and not just follow me, but to far surpass me.”