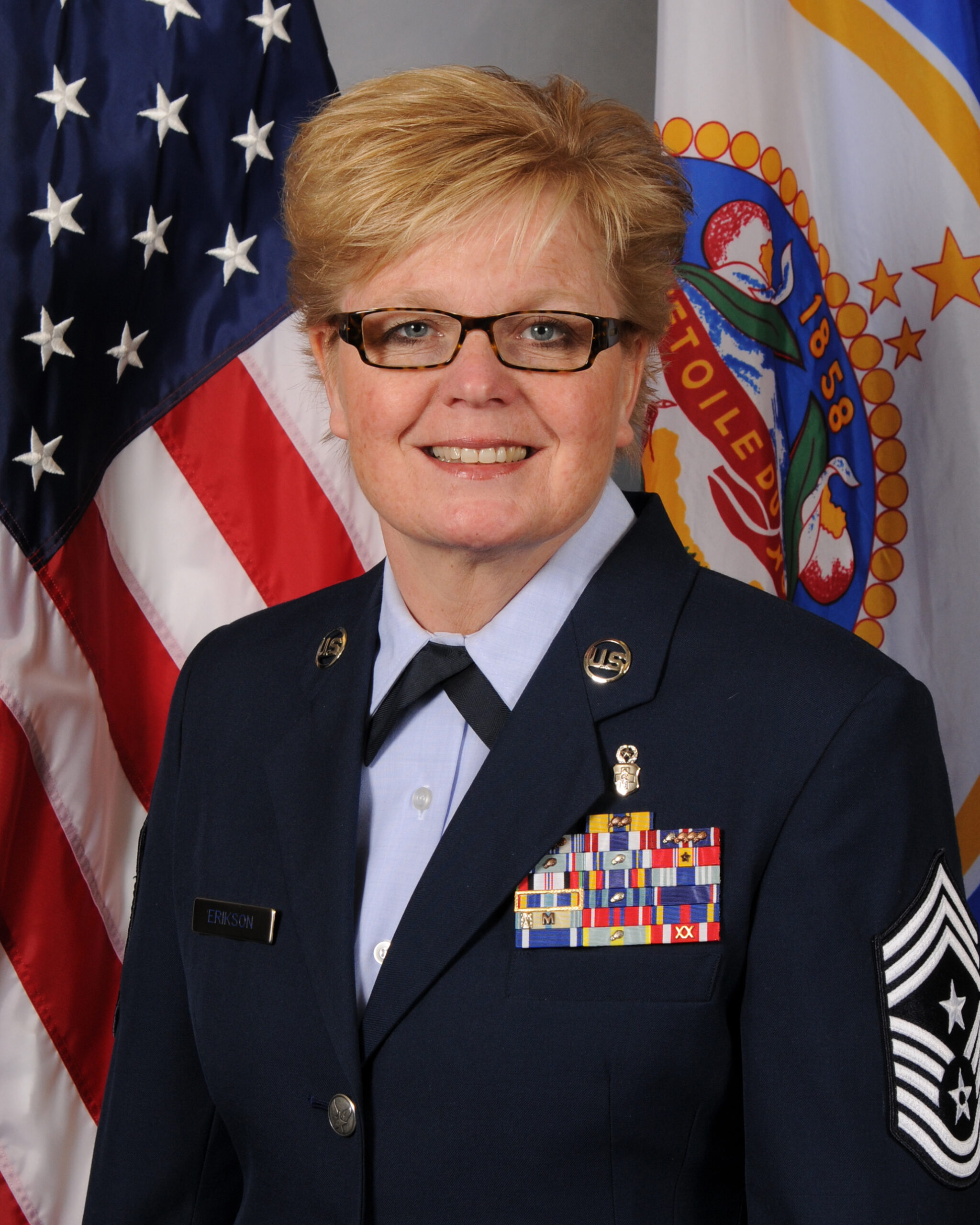 Chief Master Sgt. Lisa Erikson is the Command Chief for the 148th Fighter Wing, Air National Guard, Duluth, Minn. As the Command Chief for the 148th Fighter Wing, she reports directly to the Wing Commander on any and all issues affecting the enlisted force such as, morale, readiness, retention, promotions, training and recognition. Currently she is working to develop a formal Force Development Council to ensure all avenues of development are available to Wing personnel. She also advises all wing councils such as the Bulldog Enlisted Council, First Sergeants Council, and Chief’s Council on current topics of concern.

Chief Master Sgt. Erikson began her military career in April of 1988 when she enlisted with the United States Air Force. She remained in the Air Force for nearly five years and upon separation from the Air Force Chief Erikson enlisted with the Minnesota Air National Guard in March of 1993. Her training with the Air National Guard has provided her the opportunity to participate in numerous Wing organizations and functions. She has been nationally and locally recognized for her leading the Recruiting and Retention Team to a record end strength for the Wing of 111%. She was also recognized for her leadership as a Recruiting Office Supervisor of the Year for the Region. Her leadership and organizational skills assisted the Wing in becoming recognized as a National Leader in unit end strength numbers. Her leadership ability also assisted the Medical Group to achieve an Excellent Rating during 2012 Health Services Inspection. Chief Master Sgt. Erikson also deployed to Afghanistan in support Operation Enduring Freedom in 2012. Her expertise within the Wing Inspection Team helped to bring an overall Highly Effective rating to the Wing in the 2017 Capstone event. She is currently the primary representative for the Region Four Enlisted Field Advisory Council.

2008 Recruiting Team of the Year – State of Minnesota

Christmas City of the North Parade