Eight Inducted into Court of Honor at Camp Ripley

October 10, 2019 (CAMP RIPLEY, Minnesota) – On Oct. 6, 2019 eight members of the Minnesota National Guard were honored for their military service as they were inducted into Camp Ripley’s Court of Honor.

Each year, prior service military personnel are nominated and considered for the Court of Honor induction on the basis of heroism or distinguished professional achievement and service. The Memorialization Board consists of 12 members (active and retired) who are appointed by the Adjutant General.

“Thank you to the Memorialization Board, I was in awe of their contributions then and of those that have been nominated since,” said Col. (Ret.) April Corniea. 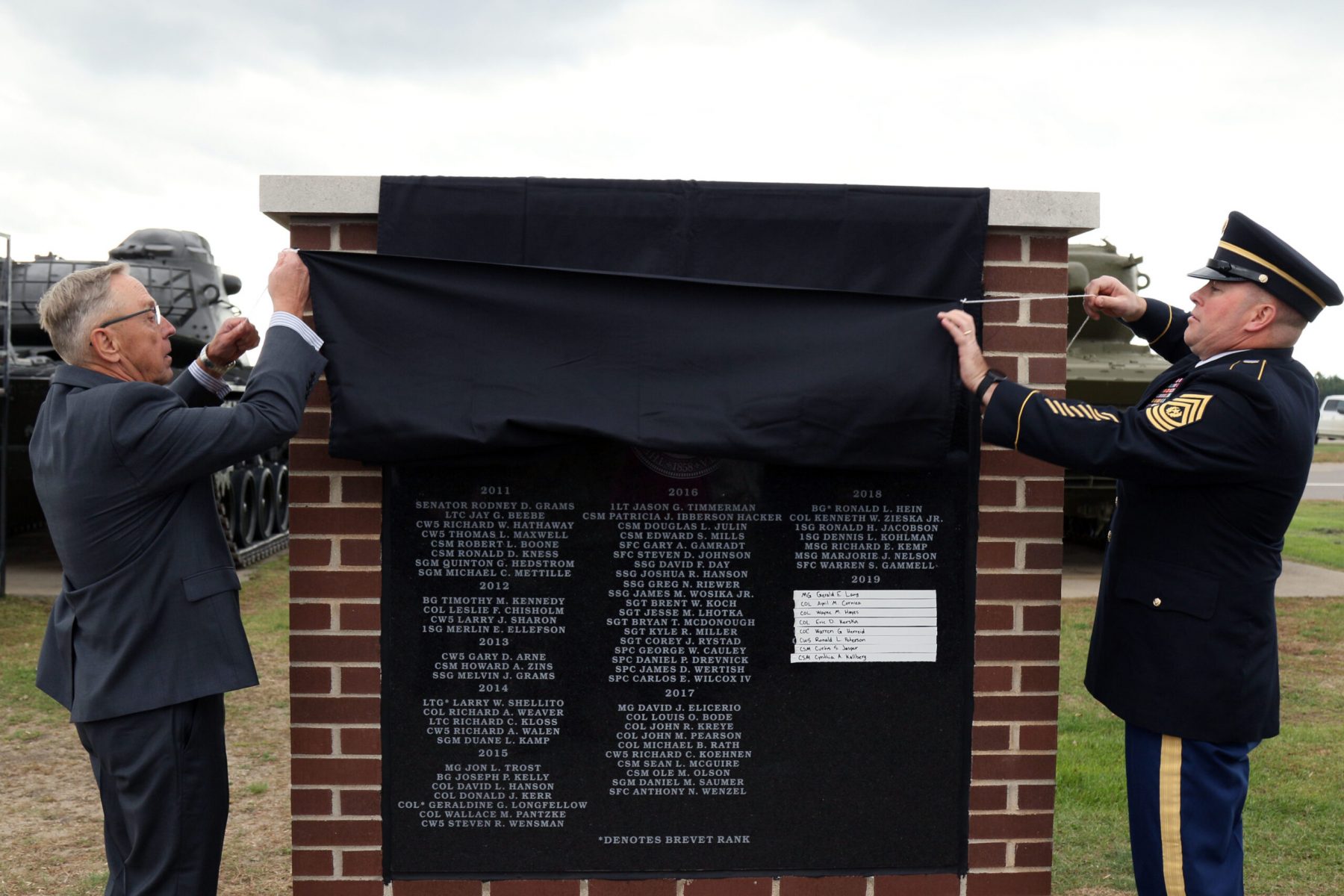 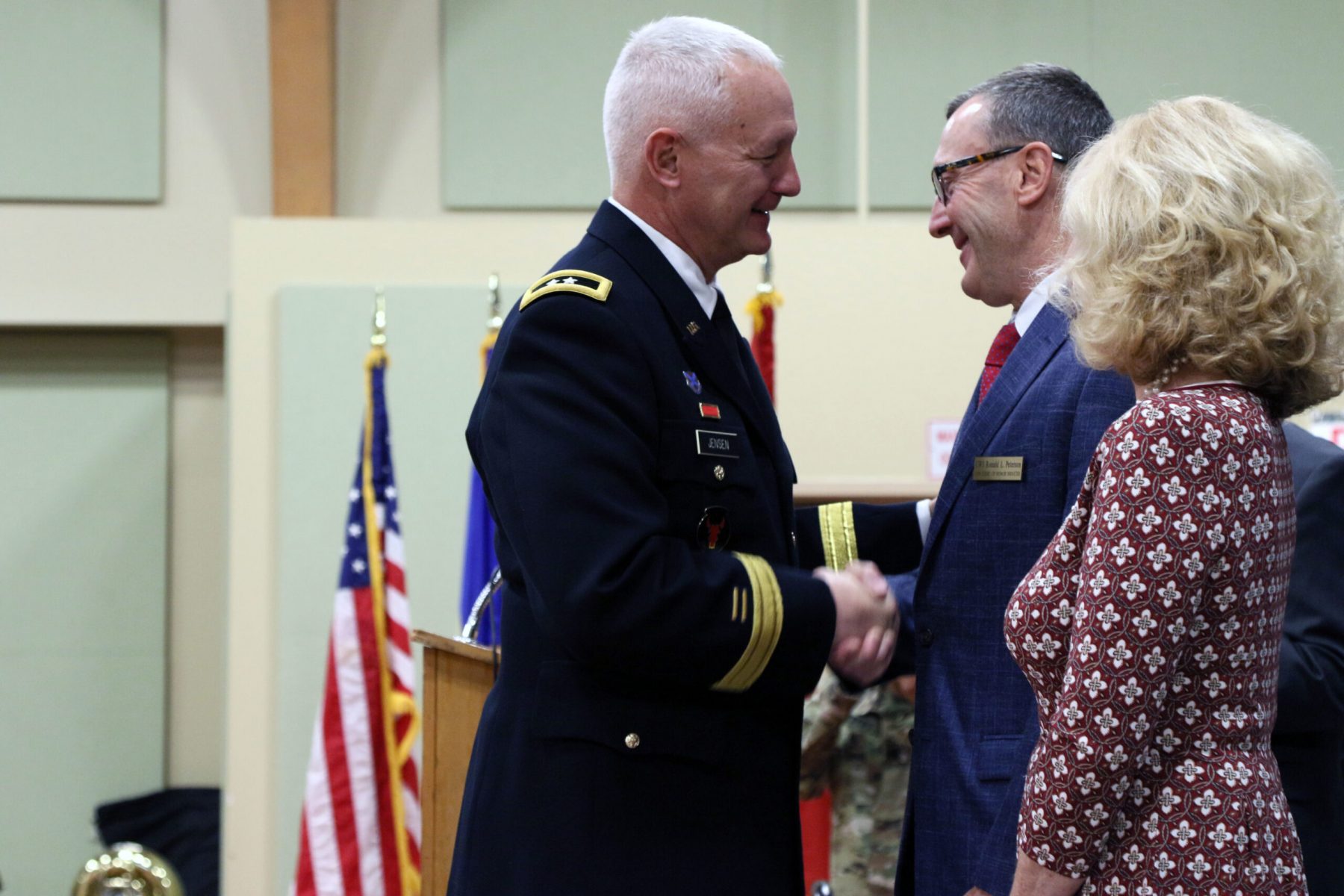 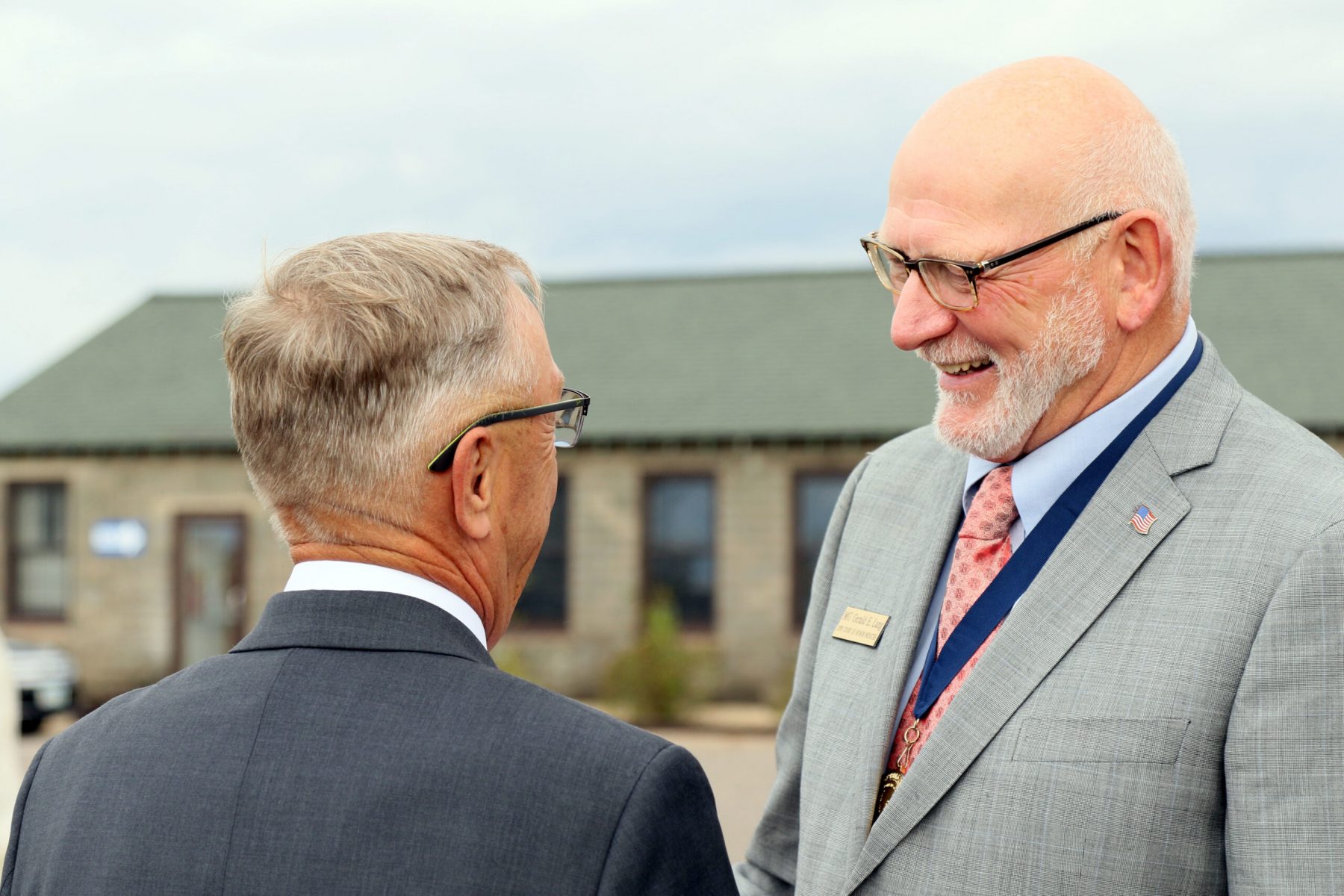 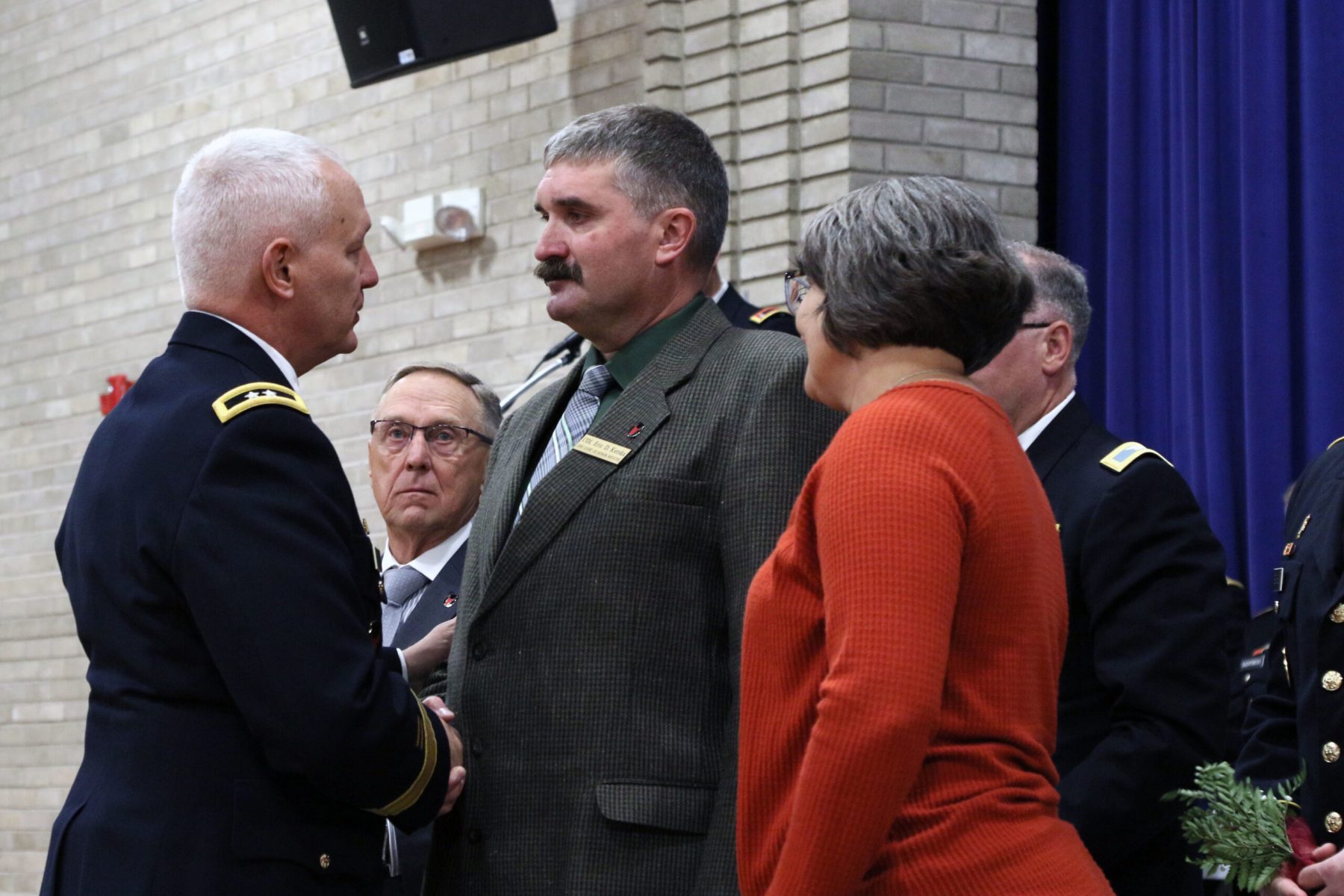 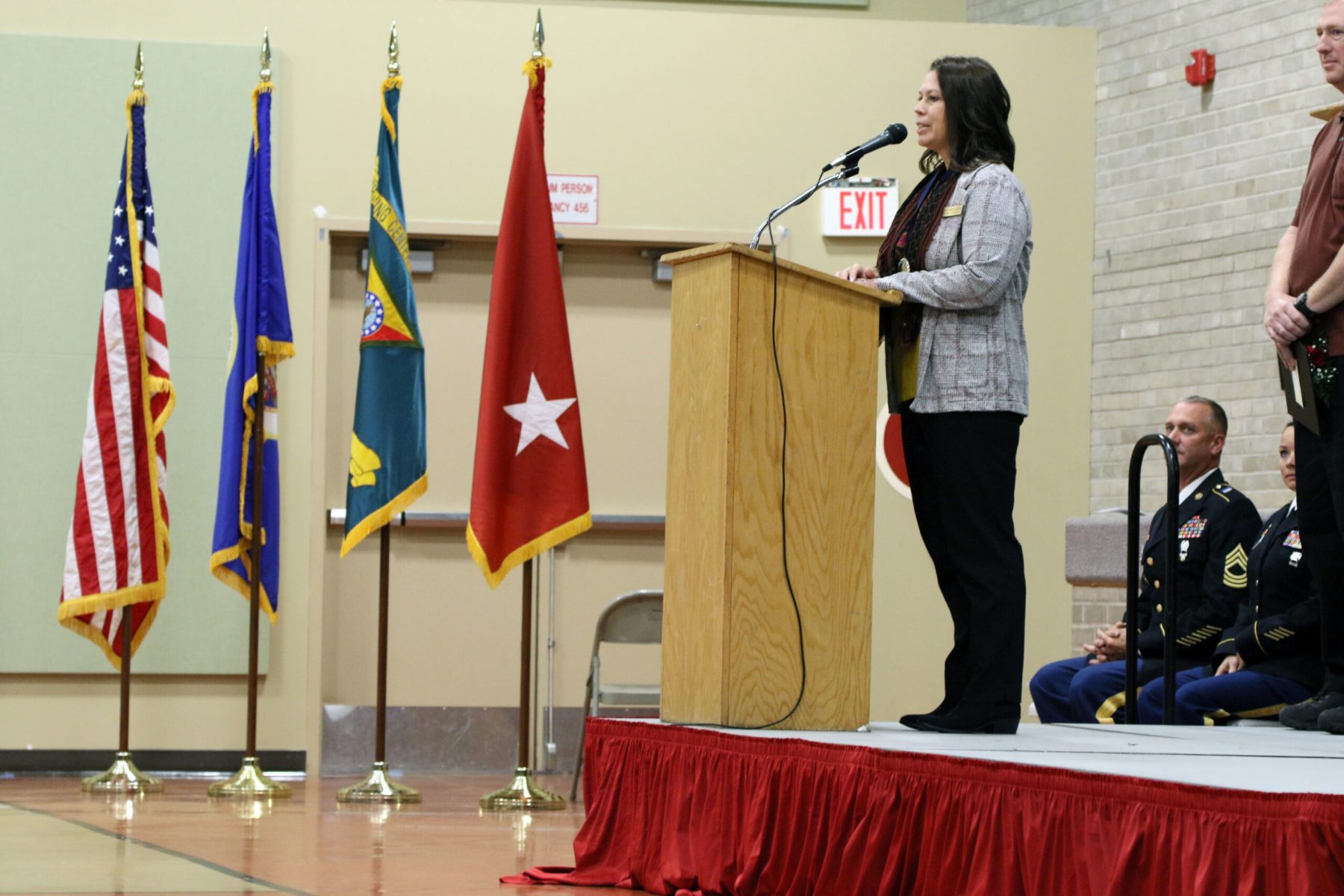 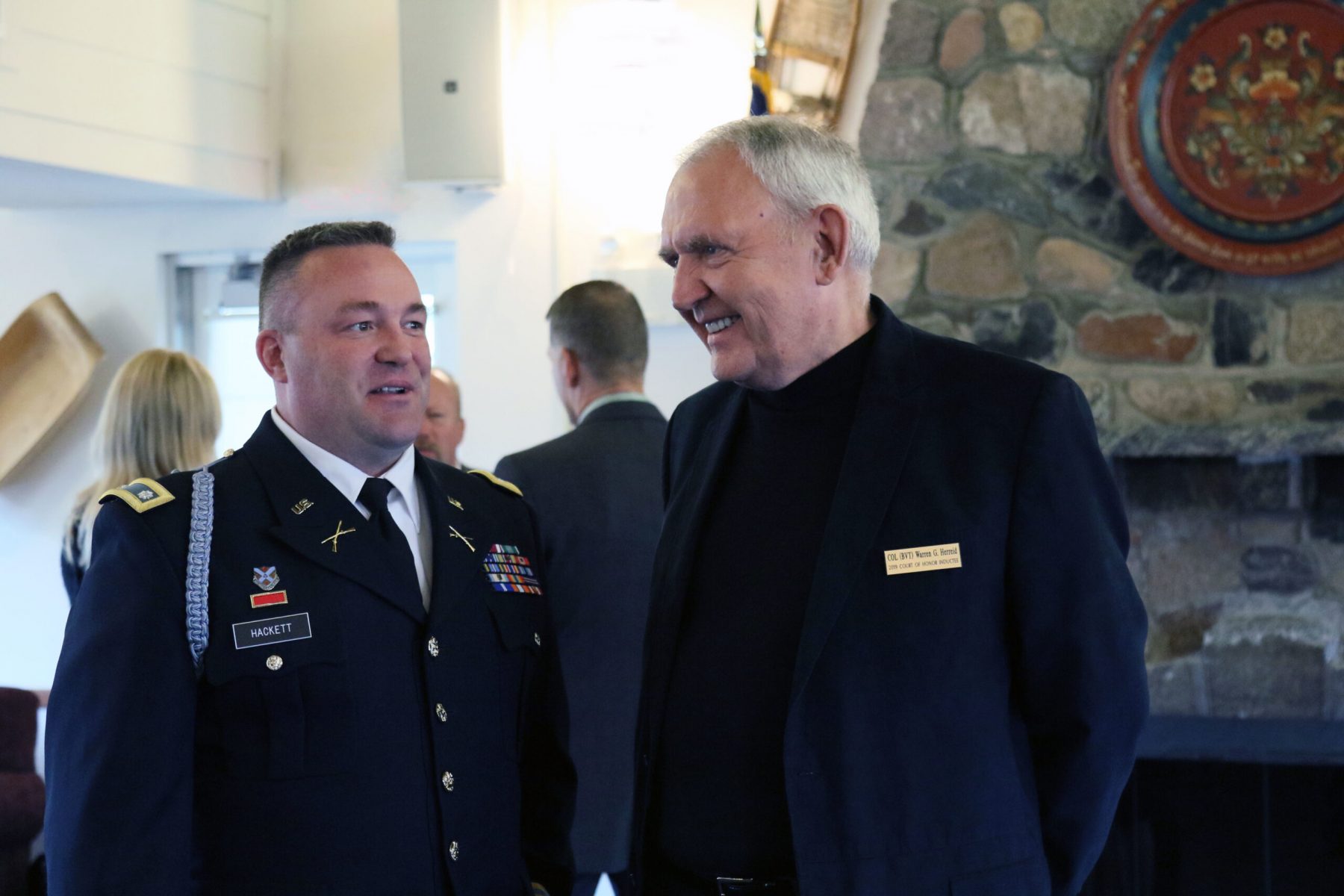 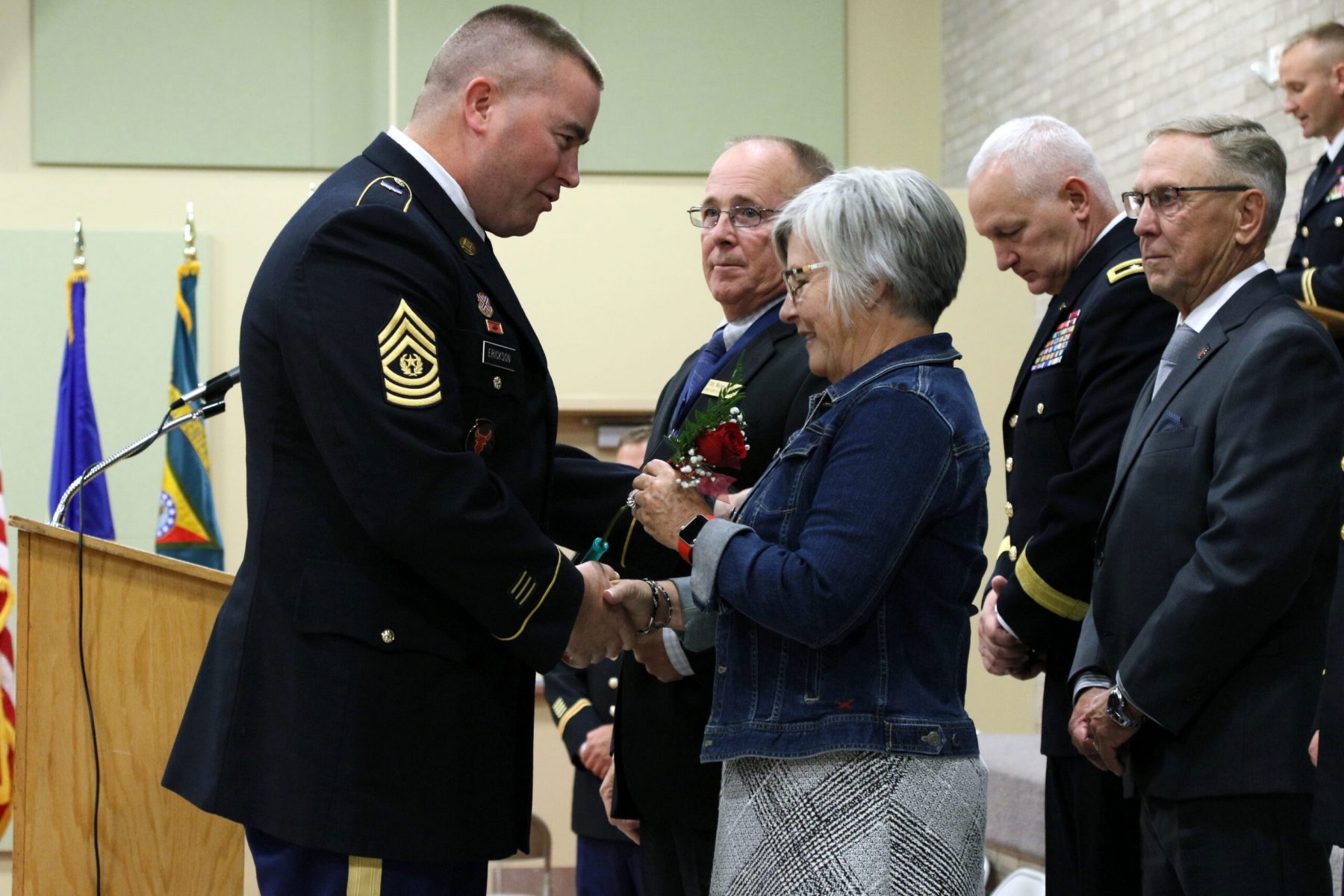 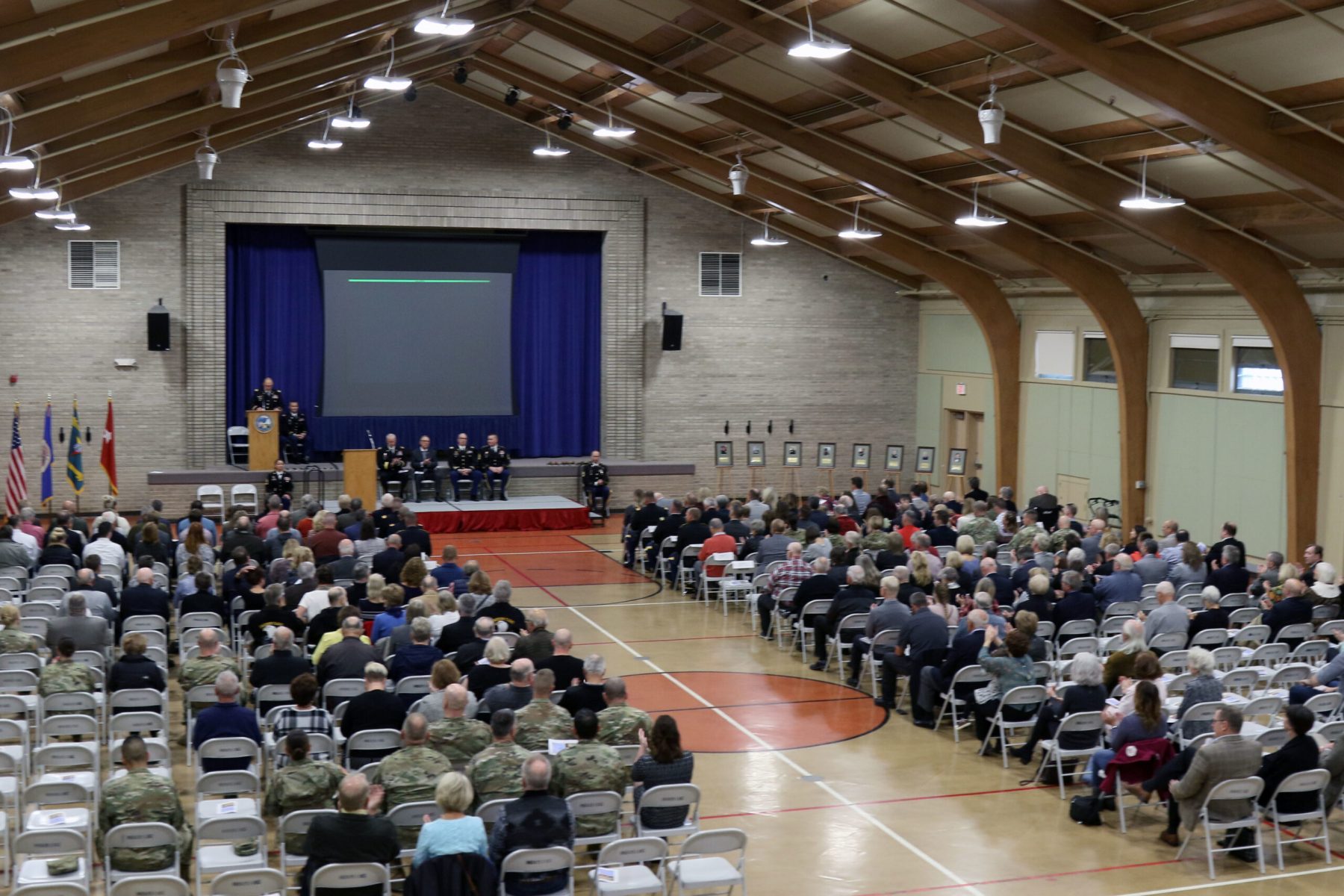 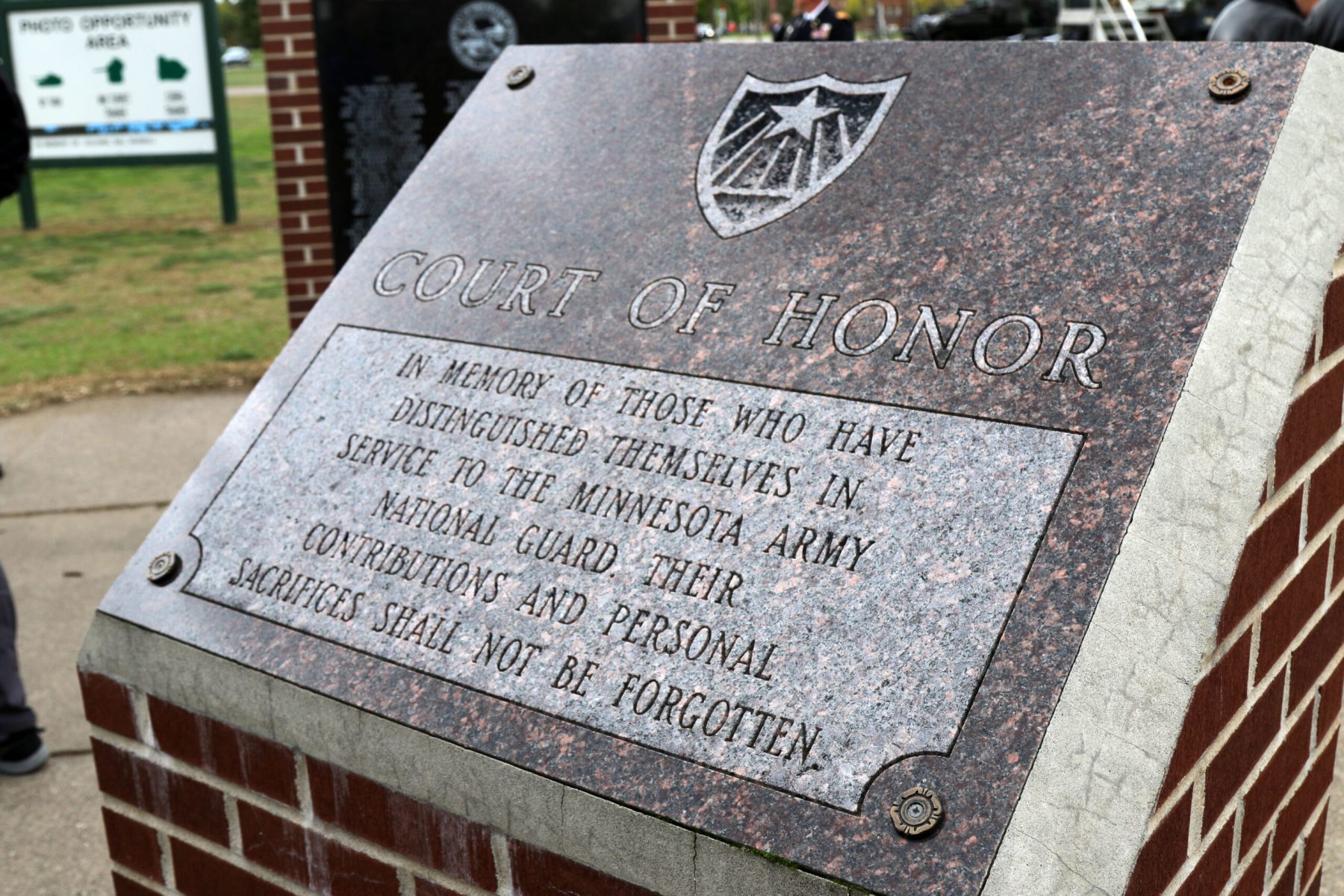 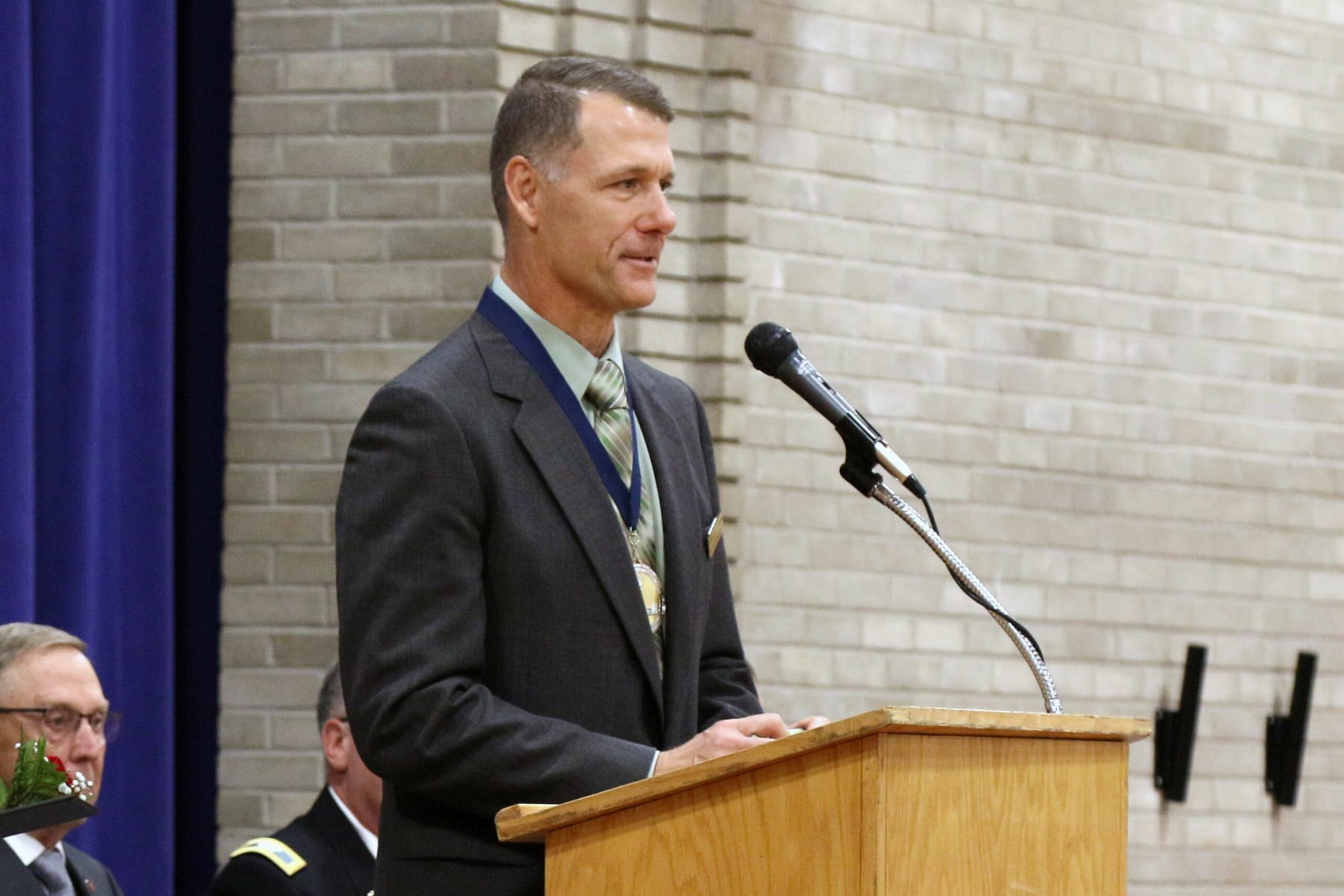 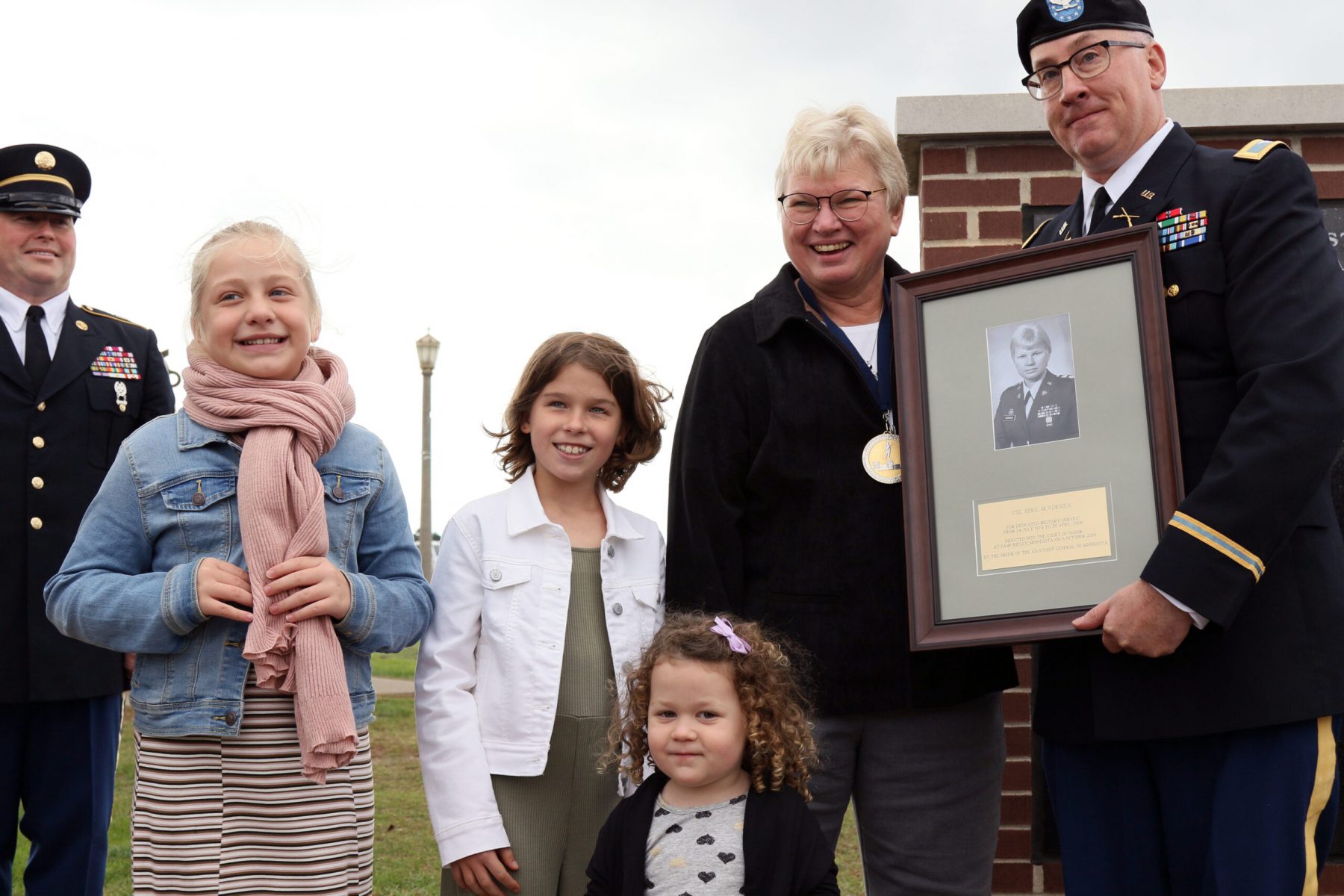 The Court of Honor Induction Ceremony is held on the first Sunday of October at Camp Ripley and dates back to 1933 when 159 service members were first inducted. During the first ceremony, a facility or physical feature was named after those individuals. This year, the Honorees’ names were engraved on a monument near the Minnesota Military Museum, joining over 450 other service members since the first induction.

The Honorees were invited to Camp Ripley for a day of celebration. In the morning, a Chapel service was held by Chaplains Lt. Col Corey Bjertness and Lt. Col. Buddy Winn. Following lunch, the Ceremony began with a welcome by Lt. Col. Christopher Ward, the Camp Ripley Deputy Garrison Commander. During the induction, each Honoree was given an award, a medal, and a rose for their family, as well as an opportunity to speak. Many chose to thank their families, friends, and colleagues. The Honorees were all humbled to be inducted and shared the idea that their induction was the result of a team effort.

“Nothing just happens on its own, the people in your circle shape who you are,” said Jasper.

After Maj. Gen. (Ret.) Rick Erlandson, the Memorialization Board president, placed a medal on the last Honoree, the ceremony ended. The inductees and their families headed to the Military Museum for an unveiling of the inscriptions on the Court of Honor Monument.

Each newly inducted member peeled tape away to reveal their name and then received a plaque.

Both Hayes and Herreid shared a special honor during this year’s memorialization. Their fathers both served with the Minnesota National Guard and were previously inducted into the Court of Honor.

CSM (Ret.) Warren G. Herreid (senior) was inducted in 2002 and is also memorialized at the Court of Honor monument.

Hayes and his father were both assigned as the Chief of Staff for the Minnesota Army National -Guard. Col. (Ret.) Richard L. Hayes was inducted in 1989 and is memorialized at Building 7-86, the Richard Hayes Officers Club.

“This doesn’t happen often and I’m glad it happened to us. He is the one that no doubt introduced me to the military and shaped how I perceived service,” said Hayes on being inducted to the Court of Honor after his father.