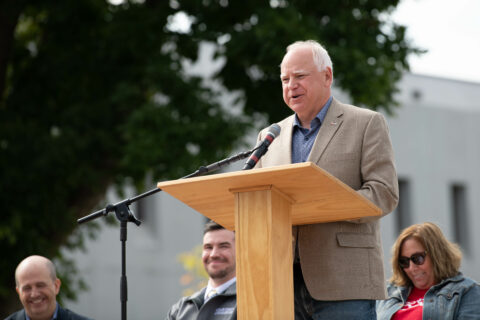 The official State of Minnesota Veterans Day Program will be held virtually again this year in light of the ongoing COVID-19 pandemic. A 30-minute recorded program will be available starting at 8 a.m. on Veterans Day, Thursday, November 11 here on the Minnesota Department of Veterans Affairs website. The Minnesota Department of Veterans Affairs (MDVA) invites all Minnesotans to celebrate and honor the Veterans who have served our state and country.

“Although we are not gathering in person, the importance of recognizing Minnesota’s Veterans for their service, sacrifice and resilience has not diminished,” said MDVA Commissioner Larry Herke. “We encourage all Minnesotans to take a moment to thank the Veterans in their lives for the freedoms we all enjoy.

Country music artist Rockie Lynne will open this year’s program, which will include music and remarks from:

The program will be hosted by former WCCO-TV Reporter Bill Hudson. During his time at WCCO, Hudson covered a variety of Veteran-related assignments including Minnesota National Guard missions to Bosnia, Panama and Honduras, and traveling to Saudi Arabia to accompany soldiers returning home from the first Gulf War.