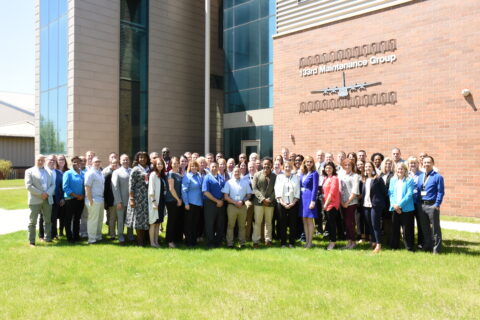 “The intent is really to create radical inclusion – to share best practices and problem solve and help set the culture for the National Guard,” said Brig. Gen. Sandy Best, the Chief of Staff-Air for the Minnesota National Guard and the Chair of the Region IV JDEC.

The workshop’s theme was “Radical Inclusion – Be a Game Changer.” During the two days the attendees heard from several speakers who talked about the importance of diversity and inclusion to the mission of the National Guard.

As this year’s host of the workshop, the Minnesota National Guard shared the model for its diversity plan and how the organization has progressed in its efforts to be a more inclusive organization.

“Diversity has been a value of the MNNG for as far back as I can find printed words,” said Jensen. “But nobody measured it, nobody set goals, nobody really talked about it. The change came when we started measuring it, we started talking about it and we started establishing goals about what we wanted to do.”

Those changes have led the organization to the point where 25 percent of new recruits in the Minnesota Army National Guard are racially or ethnically diverse. While recruiting efforts have been successful, the Minnesota National Guard is still working to increase retention of diverse individuals in order to ensure that at all levels the organization reflects the state it serves.

For the first time, the state of Minnesota has a Chief Inclusion Officer who is strictly focused on increasing opportunities for diversity by working with state agencies to improve processes. Chris Taylor spoke to the workshop about the challenges of bringing about cultural change.

“Change for humans doesn’t happen by accident,” said Taylor. “We have to want to change and then we have to know to change. Being able to have that support, the everyday focus on diversity and inclusion to me is key.”

“I think diversity and inclusion in our organization is important because it really sets the culture of respect so that we can grow and develop soldiers and airmen,” said Best, who recently accepted a position as the Special Assistant to the Chief of the National Guard Bureau for Diversity and Inclusion. “This is essential to us to be able to recruit the best talent, retain the best talent, grow leaders and ultimately, to accomplish our state and federal missions.”