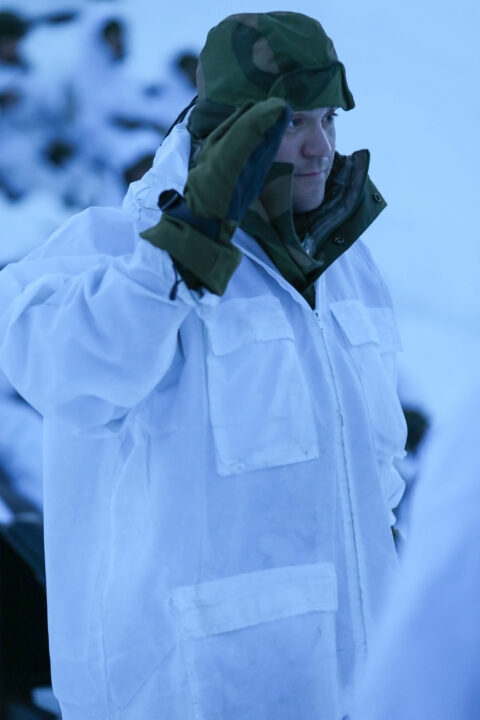 About 100 Soldiers and Airmen of the Minnesota National Guard participated in the two-week-long exercise that partners them with Soldiers from the Norwegian Home Guard, known as the Heimevernet, to learn winter survival skills and experience local culture.

“How many people get to reenlist on a mountainside in Norway? I had a lot of Soldiers come up and thank me for the opportunity to do this,” said Capt. Michael Popp, company commander of this year’s group of Minnesota service members. “It was an experience they can take with them for the rest of their lives and the rest of their careers in the Army.”

“Having the opportunity to extend my enlistment on a mountainside in Norway was an experience of a lifetime,” said Sgt. 1st Class Nicolas Romie. “It’s these types of experiences that are a big reason why I’m committed to finishing my career as a full-time Soldier in the Minnesota Army National Guard.”

All seven Soldiers committed to serving the Minnesota Guard longer, but they all had different reasons.

“I wasn’t ready to be done with the Army. I really like it,” said Sgt. Nicholas Buban, who has served for almost six years and just reenlisted for four more. “It brought me to Norway; it brought me to Africa. It’s brought me to many cool places. Reenlisting in Norway was unique because it’s one of the cooler places we get to go for the Army.”

The exchange began in 1974 to promote goodwill between the partners and build military readiness.