The 682nd EN provides combatant commanders with a trained and ready combat force; additionally, the 682nd EN is prepared to support the State of Minnesota with troops capable of responding to a disaster.

The 682nd Engineer Battalion deployed to Bosnia in 2003 in support of peacekeeping operations. During the deployment, the battalion worked to improve and construct roads, bridges and conducted a variety of water projects.

In 2015 the 682nd deployed to Kuwait in support of Operation Spartan Shield where they managed road and building infrastructure maintenance for coalition forces.

In 2020, the unit was activated in response to civil unrest in the Twin Cities metro area following the death of George Floyd in police custody. 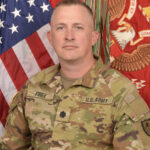