“Soldiers perform at a higher level when they are spiritually fit,” said Minnesota National Guard Chaplain (Lt. Col.) Buddy Winn, the 34th Red Bull Infantry Division command chaplain. “And, it’s our job as chaplains to make sure Soldiers have their spiritual needs met, regardless of faith. Having Chaplain Shabazz here as a Muslim Chaplain provides the diversity in religious background that we can’t provide internally.”

There are five major religions supported by the chaplaincy: Christian, Jewish, Muslim, Hindu and Buddhist, but over 200 religions are recognized. Chaplains can only perform services for their particular religion, but they can provide support for all Soldiers, regardless of their faith.

“Chaplains embrace cooperation without compromise,” said Winn. He explained that chaplains are able to provide support to Soldiers of all religions without compromising their own faith’s beliefs.

Shabazz told Minnesota Muslim community members, during a Q&A session at the Masjid An Nur in North Minneapolis, that a large part of what chaplains provide is support for non-religious issues. While at the mosque, Shabazz performed a Muslim service for attendees. A few Muslim Soldiers of the 34th Red Bull Infantry Division were in attendance.

“People were surprised that accommodations were made for Muslim Soldiers,” Staff Sergeant Alkali Yaffa said of the reaction by some Muslim community members during the Q&A. Yaffa, an admin non-commissioned officer with B Company, Division Headquarters and Headquarters Battalion, 34th Red Bull Infantry Division, encourages other Muslim Soldiers to put themselves out there.

“You don’t have to hide your religion,” he said. “As long as you are doing the right thing, you don’t need to be worried.”

Yaffa, originally from Gambia, was hesitant to share with his command the fact that he was Muslim, but is glad he did because of the amount of support he has received.

“Even in Iraq we did not have any issues,” he said. “I was the brigade guidon bearer, up in front of everyone. Thirteen people applied for my job and I was selected. It does not matter what your religion is. You are judged by your performance.”

Winn coordinated the meeting with the Muslim community members, but admitted that having Shabazz there helped to provide credibility to his efforts. There was a lot to be gained from Shabazz’s visit, Winn said.

Shabazz said Winn had a lot of courage to reach out to engage the Muslim community Shabazz. Everyone was able to set aside their biases and find common ground.

When asked why he felt it was important to reach out to local Muslim community members, Winn said, “We need our chaplaincy to reflect our formations.”

“The trip was a success,” said Shabazz. “I came to talk with the team about what units need to do to provide support to all religions… A chaplain must make sure people from all walks of life are taken care of regardless of faith.” 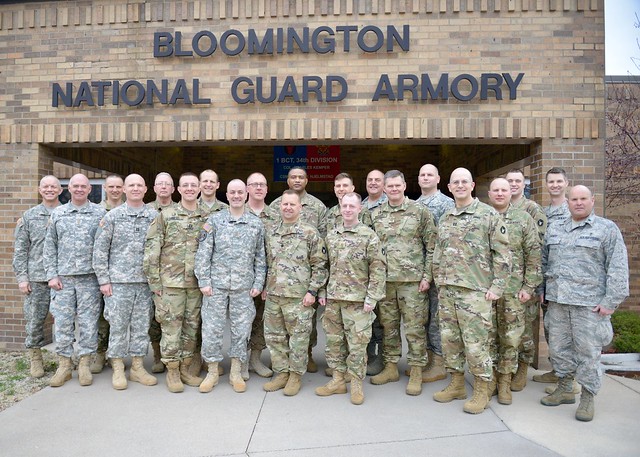