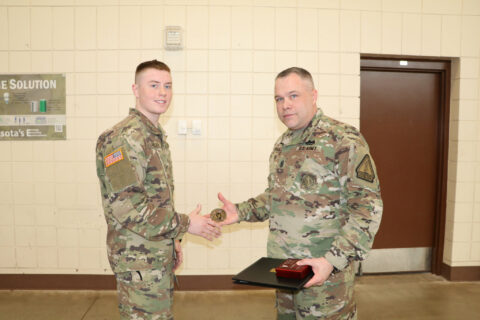 “I talked to some buddies in my school about the Guard. They liked the benefits, so I put their info in the app and let my recruiter take over.” said Nelson. “I thought it would be fun to serve with friends and help them figure out their path in life.”

“This is an opportunity for members to help build and shape their units,” said Command Sgt. Maj. Curtis Serbus. “By participating in this program, unit members are able to serve with their friends and family members and contribute to a stronger community within the Minnesota Army National Guard.”