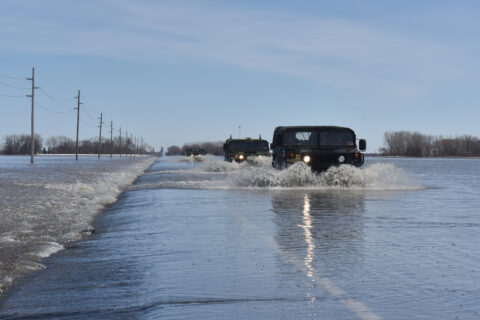 Just before midnight on Friday, April 12, 35 Soldiers of the 2nd Combined Arms Battalion, 136th Infantry, reported to Moorhead to prepare for flood response in Oslo. The Soldiers are expected to begin operations today at noon. They will be conducting various operations alongside the Marshall County Sheriff’s office and Oslo Fire Department.

About the Minnesota National Guard

Media questions can be directed to the Minnesota National Guard public affairs office at mn.ng.web@mail.mil or 651-282-4410.