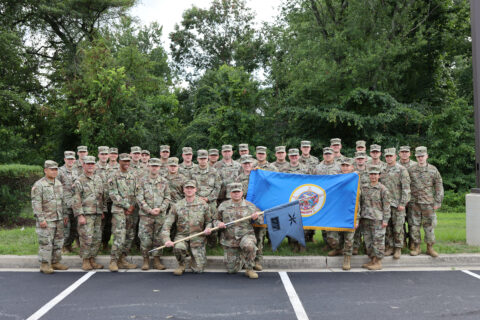 More than 30 Soldiers from the Minnesota National Guard’s 177th Cyber Protection Team returned to Minnesota after being mobilized to Fort Meade, Maryland, in October 2020, as part of a task force that helps protect the Department of Defense networks from cyber-attacks.

“This mobilization was the culmination of years of hard work by our highly-trained and specialized cyber Soldiers,” said Army Maj. Brian Morgan, the 177th Cyber Protection Team Commander. “Our unit received fully operational capability while on this mission, which is a rare achievement and represents thousands of hours of training and preparation since initial notification. The Cyber Protection Team successfully helped protect DoD networks, and we return to Minnesota proudly.”

Minnesota is one of only three states to have fully staffed an entire Cyber Protection Team, and other teams are shared between two or more states. The unit conducts threat-focused, intelligence-driven defensive cyber operations in response to ongoing or imminent threats as directed.

The Cyber Protection Team Soldiers returned in three groups starting at the end of November, with the last group returning to Minnesota this weekend. The unit will celebrate their return at a ceremony in February.