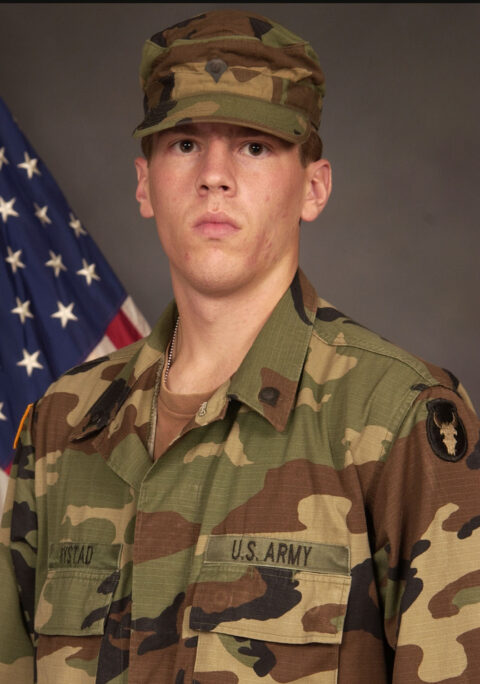 Corey J. Rystad son of Jim and Donna (Salentiny) Rystad was born December 31, 1985 in Crookston, MN. He was baptized in the Catholic faith at St. Joseph Catholic Church in Red Lake Falls where he received his first Communion and was confirmed. He attended St. Joseph School, Red Lake Falls, graduated from sixth grade and then on to Lafayette High School, Red Lake Falls and graduated in 2004. While in high school, Corey was active in sports and lettered in football and hockey. He also participated in golf. He enjoyed hunting and being with friends and lived and loved life. While in high school, Corey took an interest in being a referee for youth hockey games. He was the head ref, scheduling refs for all the youth hockey games. This is something Corey took a lot of pride in; he passed his passion and job on to his brother Brian.
Corey enlisted in the National Guard in 2004 following in his father, brother and grandfather’s military footsteps. He went to Fort Benning, GA where he graduated from basic training in February of 2005. He was activated and left in October of 2005 for Camp Shelby, MS and then for Iraq in April of 2006. He was last home on leave in June of 2006 for 2 weeks. Corey achieved the rank of Sergeant in the Army National Guard and was presently serving our country in Iraq.