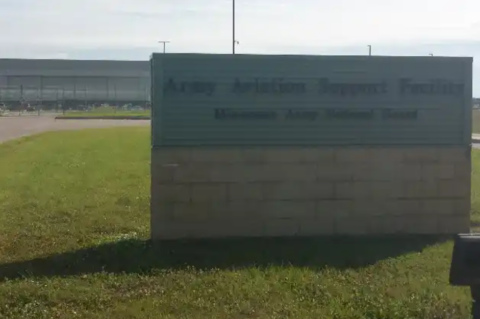 Nearly 60 Soldiers from the B Company, 1st General Support Aviation Battalion, 171st Aviation Regiment based in St. Cloud, Minnesota, will begin returning to Minnesota today after a deployment to Kuwait and Iraq.

“After being overseas for as long as we were, it feels great to be back in the United States,” said Army Capt. Vincent Gonsior is the Commander of B Company 1/171st GSAB. “This deployment has been a long journey, and I couldn’t be more proud of Bravo Company and all that we have achieved.”

“Before leaving home, I knew these citizen-Soldiers would perform like the true aviation professionals I had come to know, yet they still exceeded my expectations while on the deployment,” said Gonsior.
Gonsior added, we could not do what we do without the love and support from our loved ones back home. It took all of us marching together toward a common goal to be as successful as we were during this mobilization.