Chef Challenge serves up for military and community 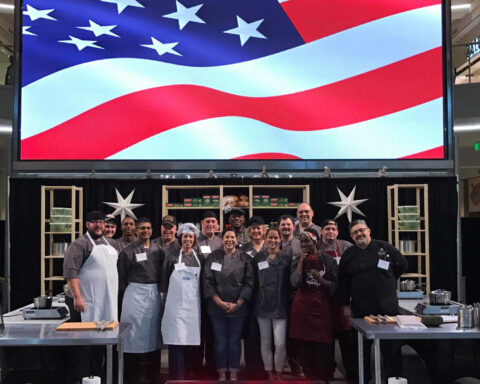 To celebrate Veterans Day the Mall of America, Star Tribune and Beyond the Yellow Ribbon Network teamed up to host the ultimate Chef Challenge pairing Minnesota National Guard personnel with chefs from restaurants located at the Mall of America.

“It was a unique situation and lots of fun,” said Chief Warrant Officer 2 Paul Erickson of Camp Ripley, who was entered as one of the competitors for the first round of the competition.

Located in the Rotunda amongst the crowds visiting the mall, the chef duos competed on food preparation, use of the military MREs or meals ready to eat, presentation and, most importantly, taste.

Eight members of the Minnesota National Guard were selected after initial entries were submitted to the competition.

“The first step was to submit a written biography and an original recipe,” said Master Sgt. Lois Vosen, Food Service Advisor with the Minnesota National Guard.

The task before them was to prepare meals with elements of the beef stew MRE as the main ingredient. This was the requirement of the first round which tested the chef’s ability to think outside the box with creative ways to make the traditional military ration attractive and tasty.

The following rounds of competition allowed the chef teams to use ingredients from their respective coolers and shelves to add substance to the selected MRE combination. The final round allowed for one hour tasking the chefs to complete a main dish and dessert for the judges.

“The entrees were surprisingly delicious and the desserts were mind blowing,” said 1st Lt. Philip Alejandrino, services officer with the 133rd Air Wing who was selected as a judge for the final round of competition.

Sgt. Mich’le Rolan with the 1st Armored Brigade Combat Team, 34th Infantry Division and Mr. Buck Richards, executive chef from the Hard Rock CafAퟀ� were the winners of the competition for their chicken fajita stir-fry over rice and no-bake strawberry cheesecake for dessert made using the crackers, dried wheat bread and coffee grounds from the MRE.

“It was really fun and exciting to get out and share our skills with the public,” said Rolan.

“These positive events allow us to get out in the community and interact in a diverse environment; they are very rewarding for Service member and civilians alike,” added Alejandrino. 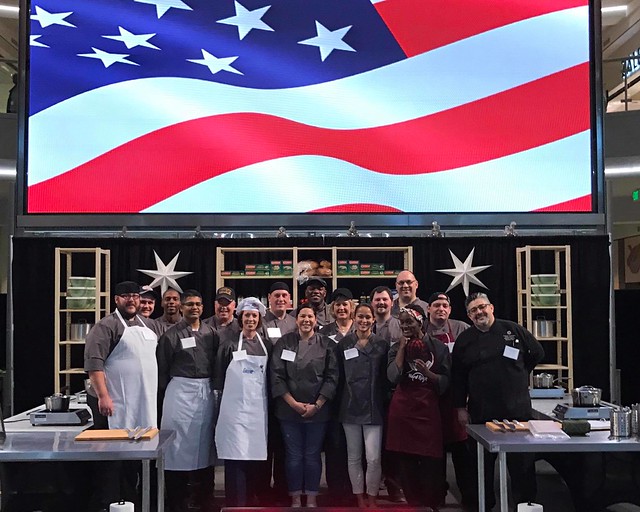